Mississippi native Lynn Drury moved to New Orleans in 1995 with the dream of becoming a singer/songwriter.  Picking up the guitar in 1996, she hit the ground running and began performing coffee shops and clubs, landing a weekly at Margaritaville in 1998 where she cut her teeth not only as a singer and songwriter, but also as an entertainer.  She continued her residency for five years, landing her first band slot at the N.O. Jazz& Heritage Festival in 2003.  She's been a regular performer ever since and has amassed a die-hard fan base.

With her catchy melodies and burnished voice, Drury has been called "A one woman army of soul" - Caleb Guillotte - Her unique style is the product of her country music raisin' mixed with her love R&B and Pop,  and twenty plus years of soaking up the sounds of the Crescent City.   She started out calling her music, "Mississippi Grit, New Orleans Groove,"  settling finally on "NOLAmericana." Over the past two decades, that meticulously cultivated style – NOLAmericana® – has brought Drury’s original music to stages all over the world.  With a distinctive voice, this is definitive New Orleans Americana created in a city that moves to its own groove. 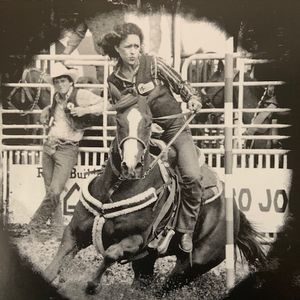 “An impressive set, Rise of the Fall proves to be the perfect venue to place Drury on the national radar. ”

“Lynn Drury's become the master of the world-weary ballad”

“Throughout, Drury conveys the feelings of a strong, independent woman who refuses to be thrown out of the saddle, but at the same time, she has warmth that is stirring and inviting. It is this combination of softness and strength that makes Drury’s music intriguing and beautiful.” - Ruby Masters

“On The Rise - Feature Story”